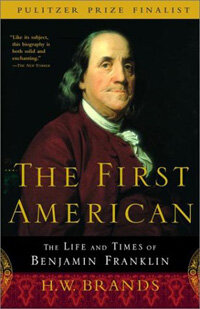 The First American: The Life and Times of Benjamin Franklin (Paperback)