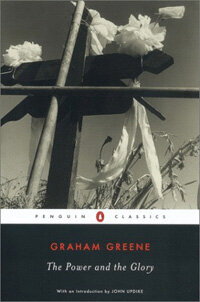 The Power and the Glory (Paperback)

"Graham Greene's masterpiece" ?John Updike) In a poor, remote section of Southern Mexico, the paramilitary group, the Red Shirts have taken control. God has been outlawed, and the priests have been systematically hunted down and killed. Now, the last priest is on the run. Too human for heroism, too humble for martyrdom, the nameless little worldly ?whiskey priest” is nevertheless impelled toward his squalid Calvary as much by his own compassion for humanity as by the efforts of his pursuers. For more than sixty-five years, Penguin has been the leading publisher of classic literature in the English-speaking world. With more than 1,500 titles, Penguin Classics represents a global bookshelf of the best works throughout history and across genres and disciplines. Readers trust the series to provide authoritative texts enhanced by introductions and notes by distinguished scholars and contemporary authors, as well as up-to-date translations by award-winning translators.