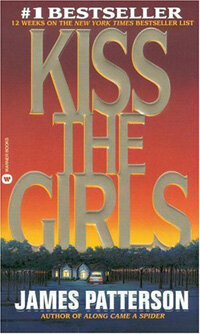 ------------Download Description-------------
"We begin with Alex Cross, the detective introduced in ALONG CAME A SPIDER. He's back, and this time it's personal. Alex's favorite niece, Naomi, a beautiful young woman, disappears from school at Duke University. The trail of evidence points to Wylie, a serial killer who takes sexual perversion to new heights. Wylie works in the Chapel Hill and Durham area of the South; his partner in depravity, Rudolph, finds his women in and around southern California. They are both serial freaks who have learned that there's strength in numbers. KISS THE GIRLS is about a secret sexual obsession of many men, and the nightmare of every woman in America. It is about a killer who takes women off the streets, who possesses them, subjugates them, keeps them captive, and murders many of them for ""disobedience."" Alex Cross encounters in the new South the most horrifying serial criminal in history. Eventually, it is believed that hundreds of women disappeared over a ten-year period. KISS THE GIRLS -- it's a roller-coaster, so hang on!"