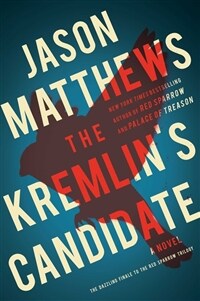 The dazzling finale to the Red Sparrow Trilogy from New York Times bestselling and award-winning author Jason Matthews, featuring star-crossed Russian agent Dominika Egorova and CIA’s Nate Nash caught up in a blackmail scandal with Vladimir Putin and the newly elected US President.A junior American code clerk has defected to the Russians. He informs the Russian Foreign Intelligence Service that former US Secretary of Commerce Natalie Childers manipulated US global trade agreements to facilitate trade deals for the investment conglomerate owned by her husband. Natalie is now the Democratic presidential candidate, in the middle of a vigorous national campaign. Meanwhile double agent Dominika Egorova is ordered by Vladimir Putin to begin work on a special operation in which Russia will inform candidate Childers that her malfeasance will be made public unless she agrees?if she is elected President?to order Pentagon budget cuts, to propose debilitating reforms in NATO, and to move toward the dissolution of the Atlantic Alliance. Refusal will result in scandal and her impeachment. When Dominika reports on her mission to her CIA handlers, Nate, Benford, Gable, and Forsyth, they know that any leak, any misstep, will trigger the Kremlin to go public, destroy the American democratic process, and discredit the country forever. But any counter to the operation moreover will expose Dominika as a CIA asset. Dominika decides they must eliminate the blackmailers: President Putin and his diabolical mastermind, the only two other Russians who know about the plan. With a plot ripped from tomorrow’s headlines, The Kremlin’s Candidate is a riveting read if you've never read Jason Matthews, and a thrilling conclusion to the trilogy begun with Red Sparrow and Palace of Treason, which The New York Times Book Review called, “a primer in twenty-first-century spying...terrifically good.”