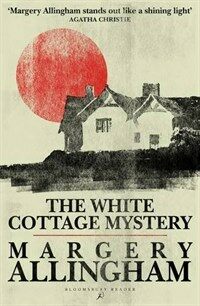 Eric Crowther collected secrets and used them as weapons. Delighting in nothing more than torturing those around him with what he knew, there is no shortage of suspects when he is found dead in the White Cottage. Chief Inspector Challenor and his son Jerry will have to look deep into everyone's past--including the victim's--before they can be sure who has pulled the trigger. The fact that Jerry is in love with one of the suspects, however, might complicate things.

The White Cottage Mystery was Margery Allingham's first detective story, originally written as a serial for the Daily Express in 1927 and published as a book a year later. This new Bloomsbury edition is the only US edition currently in print.