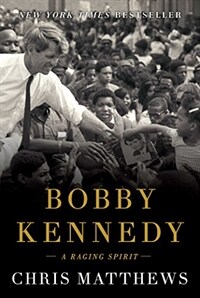 Learn everything Chris Matthews "can't" say on TV in this entertaining and illuminating look at the world politicians never let us see by the "New York Times" bestselling author of "Hardball," "a must-read...about modern-day American politics and how it's played" ("The Wall Street Journal").
In 1988, Chris Matthews revolutionized how we think about politics with "Hardball," the essential primer on the rules that govern the game of power. Now, with "Politicians," Matthews shines a light on the inner workings of the game that's always been obscured by the media and the key players themselves.
"Politicians" pulls back the curtain on a world our leaders insist on keeping secret because it would destroy the necessary illusion: that they personally answer every letter, that they never left home when they went to Washington, that they somehow remain just another friendly neighbor through all those years climbing their way up the Capitol ladder... Chris Matthews introduces the shadowy characters, including operatives and hatchet men, speechwriters and caseworkers. He ventures into the hidden places, from the control room where junketing politicians meet at midnight to drink government liquor, to the room where their minions knock out quickie, pre-fab responses to passionate letters from back home, to the Capitol plaza where senators sit in parked cars between votes to dial for dollars.
A necessary, timely follow up to his bestselling "Hardball," "Politicians" is Chris Matthews's insider tell-all, destined to become an instant classic.