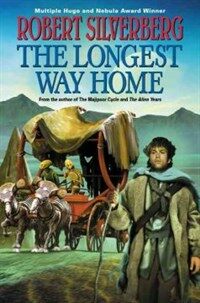 One of the most renowned and respected literary artists in the field of science fiction, Robert Silverberg transports us once again to a spectacular, deftly conceived world in transition -- and propels us on a remarkable odyssey of survival and self-discovery.

The Folk were first to arrive on this faraway planet, pushing aside the docile, intelligent aboriginal races they encountered. The 'Masters "followed to subjugate the careless, complacent fellow humans who preceded them here. And so it has remained for ages...Fifteen-year-old Joseph Master Keilloran has known only privilege, respect, and civility. Born to take over the reins of House Keilloran when he comes of age, he awakens one night in the Great House of distant relatives to the thunder of battle -- a terrifying din that has not been heard on this peaceful world since the original Conquest. All around him are devastation and death, as the local Folk rise up to wreak vengeance on the unsuspecting, unprepared Masters. With the aid of a stillfaithful servant, Joseph barely escapes with his life. But now he is stranded and alone 10,000 miles from his home.Damned by his birth and class -- surrounded by enemies who would kill him if they found him -- Joseph must now embark on a journey of unimaginable distance toward a home that may also already be in ruins. His odyssey will be more terrible -- and more wondrous -- than he ever imagined, as a world he was kept sheltered from comes alive before him. Venturing deep into the lives and cultures of remarkable Indigene peoples -- driven to hunt, scratch, and scheme for his survival -- a resourceful young Master mill be created anew as he is forced to reassess his homeworld and his place in it. Despite what is waiting for him at the finish, nothing here will ever be the same again. And Joseph will become a man before his long journey ends.