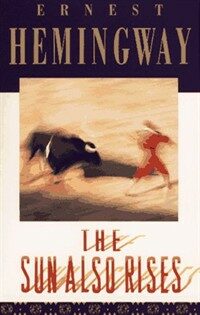 The Sun Also Rises was Ernest Hemingway's first big novel, and immediately established Hemingway as one of the great prose stylists, and one of the preeminent writers of his time. It is also the book that encapsulates the angst of the post-World War I generation, known as the Lost Generation. This poignantly beautiful story of a group of American and English expatriates in Paris on an excursion to Pamplona represents a dramatic step forward for Hemingway's evolving style. Featuring Left Bank Paris in the 1920s and brutally realistic descriptions of bullfighting in Spain, the story is about the flamboyant Lady Brett Ashley and the hapless Jake Barnes. In an age of moral bankruptcy, spiritual dissolution, unrealized love, and vanishing illusions, this is the Lost Generation.