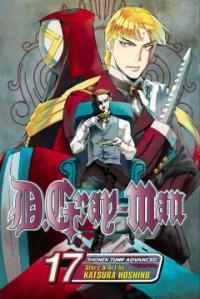 A cursed teenage boy saves mankind one soul at a time. Set in a fictional 19th century England, D.Gray-man is the story of Allen Walker, a 15-year-old boy who roams the earth in search of Innocence. Washed away to unknown parts of the world after The Great Flood, Innocence is the mysterious substance used to create weapons that obliterate demons known as akuma. An experimental virus is turning members of the Black Order into zombies Even Count Krory is infected, driving him to attack Allen and Lavi. It's up to Komui, creator of the virus, to deal with this disaster, but though he knows how to stop it, he literally doesn't know where to start. Can he figure it out while also contending with a vengeful spirit eager to see the virus complete its rampage?