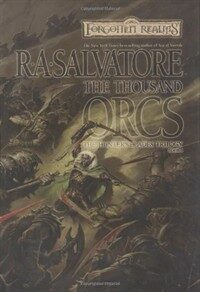 And a Horde of Invaders.

It’s been a long time since Drizzt Do’Urden has had to fight alone. When a ravaging mob of vicious orcs overruns the North and his friends are washed away in its evil tide, he must take matters into his own deadly hands.

An all-new trilogy takes Drizzt to the edge . . . and beyond.