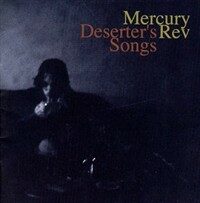 Years before the slacker-minstral chic of the Elephant Six Collective (Neutral Milk Hotel, Olivia Tremor Control, Apples in Stereo, et al.) strummed their way into left-of-the-dial fame, Mercury Rev were busy composing their own psychedelic soundtracks for nothing in particular. It seems as though we've heard it all before: lo-fi is predictable, the musical saw is downright ubiquitous (yeah, it shows up on Deserter's Songs) in indie rock, and the mellotron's chords are all too common. Yet despite the trendy instrumentation, Deserter's Songs is anything but predictable. "Tonite It Shows" is a mysterious lullaby, "Opus 40" is trippy keyboard sing-along, and "Delta Sun Bottleneck Stomp" has more Stereolab pop than Son House Delta blues. It's one of Mercury Rev's most unique and consistent efforts. A subdued yet rewarding trip. --Jason Verlinde