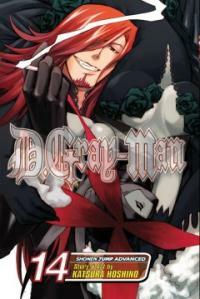 A cursed teenage boy saves mankind one soul at a time. Set in a fictional 19th century England, D.Gray-man is the story of Allen Walker, a 15-year-old boy who roams the earth in search of Innocence. Washed away to unknown parts of the world after The Great Flood, Innocence is the mysterious substance used to create weapons that obliterate demons known as akuma. Cross Marian is about to finish off Tyki Mikk when the Millennium Earl barges in, spreading chaos and destruction in every direction The Earl's plan to build a new Ark using data downloads from the old one seems unstoppable, until Allen encounters a strange apparition that tells him to play the piano. Allen would be more than happy to oblige, but there's one slight problem--he never learned how