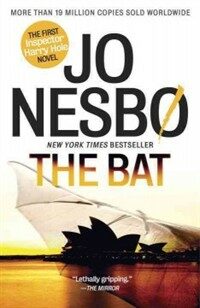 The electrifying first installment of the Harry Hole series.

Inspector Harry Hole of the Oslo Crime Squad is dispatched to Sydney to observe a murder case.  Harry is free to offer assistance, but he has firm instructions to stay out of trouble. The victim is a twenty-three year old Norwegian woman who is a minor celebrity back home. Never one to sit on the sidelines, Harry befriends one of the lead detectives, and one of the witnesses, as he is drawn deeper into the case.  Together, they discover that this is only the latest in a string of unsolved murders, and the pattern points toward a psychopath working his way across the country. As they circle closer and closer to the killer, Harry begins to fear that no one is safe, least of all those investigating the case.