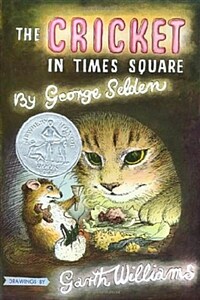 The Cricket in Times Square (Paperback)

After Chester, a cricket, arrives in the Times Square subway station via a picnic basket from his native Connecticut, he takes up residence in the Bellini's newsstand. There, the tiny creature is lucky enough to find three good friends: a little boy named Mario whose parents run the unsuccessful newsstand, a fast-talking Broadway mouse named Tucker and his pal, Harry the Cat. The comic, sometimes tragic side of life in the city is brought into relief as the friends struggle to bring success to the almost bankrupt newsstand.