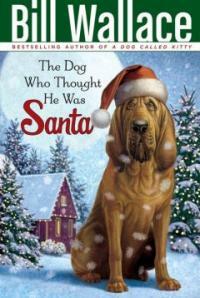 The Dog Who Thought He Was Santa (Paperback)

Don Franklin's dog, Frank, is a bloodhound, so he can smell when something's wrong. And a lot seems to be wrong in Don's family. Mom and Dad are worried about money, especially with Christmas right around the corner and the threat of the mine closing. Don's worried because he's just discovered how dangerous Dad's job in the mine is. And they're all worried about getting Don's little sister, Susan, what she wants for Christmas, when she won't tell anyone but Santa Claus what it is. It looks as if Christmas might not be all that merry at the Franklins' house.

But Christmas is a time for miracles, whether seen from a boy's perspective or a dog's -- and The Dog Who Thought He Was Santa looks at the Franklins' Christmas miracle from both.