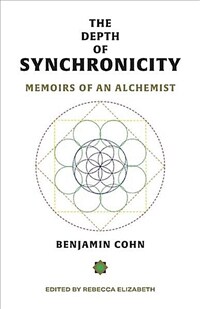 The Depth of Synchronicity (Paperback)

The Depth of Synchronicity is a journey that navigates the origins of synchronicity as an ancient multi-cultural concept, while exploring the author's wild personal story about a greater depth of synchronicity; perhaps beyond what was previously imaginable. The author, Benjamin Cohn, cites the works and ideas of scholars in various fields of study, to contextualize his personal experience with a scientific lens; postulating a working theory and explanation for his original concept described as the depth of synchronicity. In January of 2005, Benjamin Cohn set out to live in a remote valley on Hawaii island, pondering the philosophical and practical relationship between consciousness and physical reality. While residing in an off-grid cabin, Cohn's spiritual adventures caused an unexpected and profound shift in his sense of awareness. With a new and radical change in consciousness, Cohn emerged from the valley eager to explore the outside world through the developing awareness of a greater depth of synchronicity. Benjamin Cohn's intellectual curiosity and conceptual research give a thoughtful context to his life changing spiritual experiences. Cohn's story and philosophy incorporate valuable contributions from some of the worlds great scholars, philosophers, scientists, and spiritualists. An eclectic synergy of ideas and experiences is found throughout this fantastic and strange tale. However, the foundational insight that Cohn calls the depth of synchronicity is a radical stand-alone idea and practice, that may challenge the reader to their edge of believability; perhaps inspiring new intellectual, emotional, physical, and spiritual pathways.