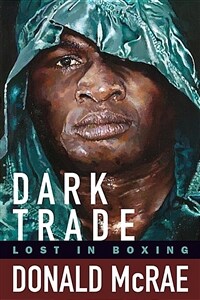 "McRae brings to the highly charged, obsessive world of professional boxing a novelist's eye and ear for revealing detail and convincingly recalled dialogue. This is an impassioned book."?Joyce Carol Oates, LA Times

?This deeper understanding of everything that surrounds the fight game is what makes Dark Trade so compelling and why McRae?s brave book remains essential reading for any boxing fan.??Joshua Isard, The Fight City

Dark Trade: Lost In Boxing, by Donald McRae, award-winning author of eleven non-fiction books and staff writer for The Guardian, is widely considered of one of the best boxing books all time.

This is a new edition, released in the United States for the first time, that includes a new chapter by the author, plus a stunning cover that features a painting of boxer James Toney by noted boxing artist Amanda Kelley.

There is no other sport like boxing. Over twenty years ago, Donald McRae set out across the United States and his adopted home, Britain, to find deeper meaning in the brutal trade that had transfixed him since he was a young man. The result is a stunning chronicle that captures not only McRae's compelling personal journey through the world of professional prizefighting, but also the stories of some of its biggest names in boxing?James Toney, Mike Tyson, Evander Holyfield, Oscar De La Hoya, Naseem Hamed, Roy Jones, Jr., and others.

Singular in his ability to uncover the emotional forces that drive men to get into the ring, McRae brilliantly exposes the hopes and fears and obsessions of these legendary fighters, while revealing some of his own along the way. What he shares with them most, he comes to realize, is that he is hopelessly, and willingly, lost in boxing.

From the pages of Dark Trade

?I still love boxing because I want to be the very best. But you can also make a lot of money if you love your work. So I thank GOD each and everyday that I have a job I would do for free.??Evander Holyfield

?There were enough precedents in boxing history to suggest that a father was rarely the best judge in building his sons career. Where some fight-fathers are braver than their sons, others are overly cautious.??Donald McCrae (author)

"Most boxers remain victims. Deep down they know they?re fated to lose. It does not matter how many millions they make or how many worlds titles they might win. In the end, almost always, no matter how hard they train or obstain boxing gets them.??Donald McCrae (author)

"'Hello, Mike,'" I said. 'Yeah,' he answered as he tapped me on the shoulder with a bunched fist. It didn?t even hurt. 'We talkin??' I nodded. Tyson grunted and swept past me into the gym. The door slammed behind him and his entourage. I was alone again, and it felt like I had, somehow, survived round one."?Donald McCrae (author)