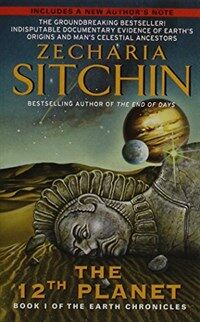 Over the years, startling evidence has been uncovered, challenging established notions of the origins of life on Earth-evidence that suggests the existence of an advanced group of extraterrestrials who once inhabited our world. The first book of the revolutionary Earth Chronicles series offers indisputable documentary evidence of the existence of the mysterious planet Nibiru and tells why its astronauts came to Earth eons ago to fashion mankind in their image. The product of more than thirty years of meticulous research, The 12th Planet treats as fact, not myth, the tales of Creation, the Deluge, the Tower of Babel, and the Nefilim who married the daughters of man. By weaving together the biblical narrative with Sumerian and Babylonian clay-tablet texts, it challenges the established notions of the origins of Earth and mankind, and offers a compelling alternative history and prehistory of both.