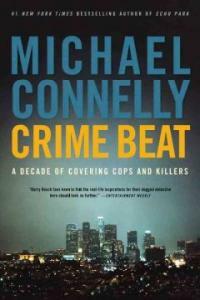 Crime Beat: A Decade of Covering Cops and Killers (Paperback)

From Connelly's first career as a prizewinning crime reporter--the true stories that inspired and informed his novels. Covering the homicide beat in Florida and Los Angeles in vivid, hard-hitting articles, Connelly leads the reader past the yellow policetape as he follows the investigators, the victims, their families and friends--and, of course, the killers--to tell the real stories of murder and its aftermath. Connelly's firsthand observations would lend inspiration to his novels, from The Black Echo,which was drawn from a real-life bank heist, to Trunk Music, based on an unsolved case of a man found in the trunk of his Rolls Royce. And the vital details of his best-known characters, both heroes and villains, would be drawn from the cops and killers he reported on: from loner detective Harry Bosch to the manipulative serial killer the Poet.--From publisher description.