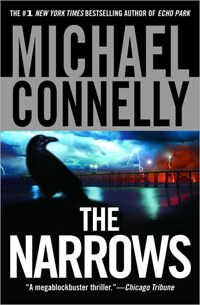 Private investigator Harry Bosch confronts the most terrifying killer he's ever known--the monster known to millions as the Poet.

FBI agent Rachel Walling finally gets the call she's dreaded for years. The Poet has returned. Years earlier she worked on the famous case tracking the serial killer who wove lines of poetry into his hideous crimes. Rachel has never forgotten the Poet--and apparently he has not forgotten her.

Former LAPD detective Harry Bosch gets a call, too, from an old friend whose husband recently died. The death appeared natural, but this man's ties to the hunt for the Poet make Harry dig deep. What he finds leads him into the most terrifying situation he has ever encountered.

Michael Connelly is the author of the bestselling series of Harry Bosch novels, including, A Darkness More than Night, City of Bones, and, most recently, Lost Light; and the bestselling novels Chasing the Dime, The Poet, Blood Work, and Void Moon. He lives in Florida.