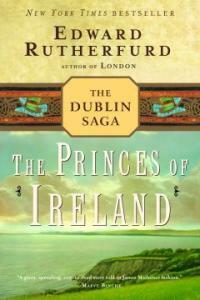 The Princes of Ireland: The Dublin Saga (Paperback)

A fictional account of the legend of Cuchulainn recreates such events as the mission of Saint Patrick, the Viking invasion, the trickery of Henry II that led to England's establishment in Ireland, the failed rebellion of 1798, and the Great Famine. By the author of