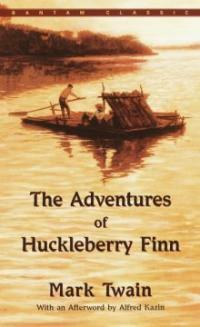 Adventures of Huckleberry Finn is essential to the understanding of the American soul. The recent discovery of the first half of Twain's manuscript, long thought lost, made front-page news. And this unprecedented edition, which contains for the first time omitted episodes and other variations present in the first half of the handwritten manuscript, as well as facsimile reproductions of thirty manuscript pages, is indispensable to a full understanding of Adventures of Huckleberry Finn. The changes, deletions, and additions that Mark Twain made in the first half of the original manuscript (changes that are larger and more numerous and significant than those he made in the second half) indicate that he frequently checked his impulse to write an even darker, more confrontational work than the book he finally published. He deleted an episode in which whites at a religious camp meeting try to avoid the embraces of a black slave woman - a woman who may think, mistakenly, that she has just been freed. And even in its smallest variations - such as the consistent alteration of vicious rawhide whippings to ordinary cowhide whippings - the original manuscript demonstrates the skill, the restraint, and the constraints that affected Mark Twain's creative process.