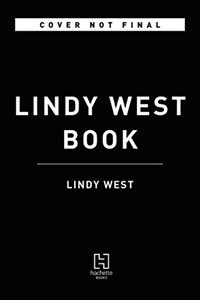 The Witches Are Coming (Hardcover)

**Named one of Esquire's most anticipated books of 2019**

Firebrand NY Times columnist and author of the critically acclaimed memoir and Hulu TV series Shrill, Lindy West, provides a laugh-out-loud, incisive cultural critique that answers the fundamental question of this hellish political moment-how did we get here?-by dissecting the films, television series, internet phenomena, and lifestyle gurus that have taught us who we are. And, more importantly, what happens when people start saying "no." From the moment powerful men started falling to the #MeToo movement, we've heard the lamentations from every corner: this is feminism gone too far, this is injustice, this is a witch hunt. In The Witches Are Coming, bestselling author Lindy West turns that refrain on its head. Fine, if you insist. This is a witch hunt. We're witches, and we're hunting you. In no-holds-barred prose, West unpacks the complicated, and sometimes tragic, journey of being a woman in the 21st century--of looking around at your country and wondering, desperately, how we got here. West tracks the misogyny and propaganda hidden (or not so hidden) in the media she and her peers devoured growing up, a buffet of distortions, delusions, and outright bullsh*t that has allowed white male mediocracy to maintain a death grip on American culture and politics. We speak in platitudes about believing victims and ending sexual violence, but when it's our heroes being accused, we cry "witch hunt." Our media romanticizes outsized misogynists like Donald Trump and serial killer Ted Bundy, but condemns straight-talking women as unlikable shrews who shouldn't run for public office. We were just a hair's breadth from electing America's first female president to succeed America's first black president, and then, true to form--like the husband in a Lifetime movie hissing, "If I can't have you, no one can"--American voters shoved a racist con-man into the White House. In order to build a just and livable future, West says, we need to first break apart the myths we've been telling ourselves about ourselves (and each other) for generations, the assumptions we swallow as fact (and the facts we deny), and reckon with all the dark truths we've long left unexamined. At once side-splittingly funny and irresistibly thought-provoking, The Witches Are Coming gives us all the kindling we need to burn our restrictive and outdated social norms to the ground. It's just up to us to light the match.