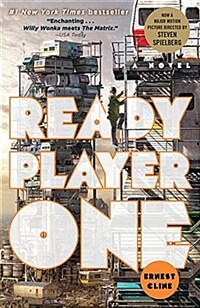 A world at stake. A quest for the ultimate prize. Are you ready?

In the year 2045, reality is an ugly place. The only time Wade Watts really feels alive is when he&;s jacked into the OASIS, a vast virtual world where most of humanity spends their days.

When the eccentric creator of the OASIS dies, he leaves behind a series of fiendish puzzles, based on his obsession with the pop culture of decades past. Whoever is first to solve them will inherit his vast fortune&;and control of the OASIS itself.&#160;

Then Wade cracks the first clue. Suddenly he&;s beset by rivals who&;ll kill to take this prize. The race is on&;and the only way to survive is to win.

&;A most excellent ride . . . Cline stuffs his novel with a cornucopia of pop culture, as if to wink to the reader.&;&;Boston Globe

&;Ridiculously fun and large-hearted . . . Cline is that rare writer who can translate his own dorky enthusiasms into prose that&;s both hilarious and compassionate.&;&;NPR

&;[A] fantastic page-turner . . . starts out like a simple bit of fun and winds up feeling like a rich and plausible picture of future friendships in a world not too distant from our own.&;&;iO9

Immersing himself in a mid-21st-century technological virtual utopia to escape an ugly real world of famine, poverty and disease, Wade Watts joins an increasingly violent effort to solve a series of puzzles by the virtual world's super-wealthy creator, who has promised that the winner will be his heir. (This book was previously listed in