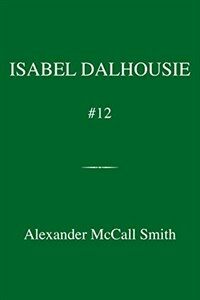 The Quiet Side of Passion: An Isabel Dalhousie Novel (12) (Hardcover)

Isabel becomes involved in a delicate paternity case in the twelfth installment of the beloved Isabel Dalhousie Series.

Isabel finds herself befriended by Patricia, a single mother whose son, Basil, goes to school with Isabel's son. Isabel discovers that Basil is the product of an affair Patricia had with a well-known Edinburgh organist, also named Basil, who was, rumor has it, initially reluctant to contribute financially to the child's upkeep. Though Isabel doesn't really like Patricia, she tries to be civil and supportive, but when she sees Patricia in the company of an unscrupulous man who peddles fake antiquities, her suspicions are aroused and she begins to investigate the paternity of Basil Jr.

When Isabel takes her suspicions to Basil Sr., she finds that, although paying child support is taking a severe financial toll on him, he likes the idea of being the boy's father and, in fact, wishes he could have more of a relationship with Basil Jr. Patricia, however, has no interest in Basil Sr. taking a more hands-on role in Basil Jr.'s parenting, even as she continues to accept his financial support. Should Isabel help someone who doesn't want to be helped?

As Isabel navigates this ethically-complex situation, she is also dealing with her niece, Cat, who has taken up with a tattoo artist. Isabel considers herself open-minded, but has Cat pushed it too far this time? As ever, Isabel must use her kindness and keen intelligence to determine the right course of action.