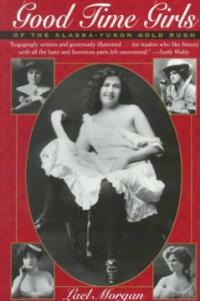 In the boomtowns of the Alaska-Yukon stampedes, where gold dust was common currency, the rarest commodity was an attractive woman, and her company could be costly. Author Lael Morgan takes you into the heart of the gold rush demimonde, that "half world" of prostitutes, dance hall girls, and entertainers who lived on the outskirts of polite society. Meet "Dutch Kate" Wilson, who pioneered many areas long before the "respectable" women who received credit for getting there first ... ruthless heartbreakers Cad Wilson and Rose Blumkin ... "French" Marie Larose, who auctioned herself off as a wife to the highest bidder ... Georgia Lee, who invested her earnings wisely and became one of the richest women in the North ... and Edith Neile, called "the Oregon Mare," famous for both her outlandish behavior and her softhearted generosity.