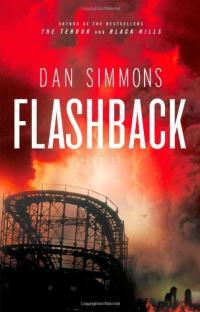 The United States has suffered a crippling economic and moral collapse fueled by Flashback, the cheap aerosol drug that allows its users to fully re-experience the best moments of their lives. It's a drug so sweet and addictive, it holds the nation in its thrall, devastating millions. A group of Japanese advisors essentially run the government, and the son of one of them has been killed. Fallen detective Nick Bottom is hired to investigate.Nick knows Flashback -- he's an addict himself. After his wife was killed, he started flashing to be with her, and he only takes the case to get money to fuel his habit. His motivation changes when he uncovers evidence that suggests that the creation and appearance of Flashback--and America's capitulation to it--was an orchestrated plot that may have been responsible for his wife's death. Could America's total surrender to Flashback be the result of a large and terrible conspiracy? Nick is the one man who may be able to change the course of an entire nation turning away from the future to live in the past. With his superlative blend of suspense and adventure, Dan Simmons shows why he is one of the most versatile writers at work today -- drawing on the conventions of science fiction, fantasy, and horror to create a pioneering, page-turning thriller.