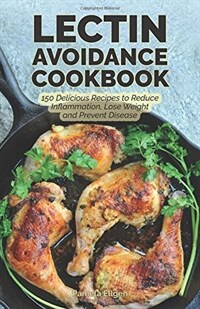 Avoid the secretly dangerous proteins hiding in your favorite foods!

Avoid the secretly dangerous proteins hiding in your favorite foods!

You know to avoid gluten. But gluten is just the most well-known source of the plant-based protein called lectin, which causes inflammation, weight gain and serious diseases. And while it isn't possible to eliminate lectin from your diet altogether, with smart food choices, you can eat healthy while greatly reducing how much lectin you consume.

This easy-to-use cookbook features 150 recipes that are not only nutrition packed and great tasting, but carefully avoid foods that are particularly high in lectin, including legumes, grains, dairy and nightshade plants such as tomatoes, potatoes and eggplant. The recipes include: