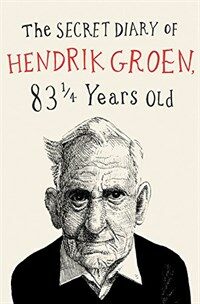 A #1 international bestseller in the vein of Fredrik Bachman's A Man Called Ove: an irresistible, funny, charming, and tender-hearted tale about friendship, love, and an old man who is young at heart.
"FUNNY AND FRANK...A STORY WITH A GREAT DEAL OF HEART."--Graeme Simsion, New York Times bestselling author of THE ROSIE PROJECT
Technically speaking, Hendrik Groen is....elderly. But at age 83 1/4, this feisty, indomitable curmudgeon has no plans to go out quietly. Bored of weak tea and potted geraniums, exasperated by the indignities of aging, Hendrik has decided to rebel--on his own terms. He begins writing an expose: secretly recording the antics of day-to-day life in his retirement home, where he refuses to take himself, or his fellow "inmates," too seriously.
With an eccentric group of friends he founds the wickedly anarchic Old-But-Not-Dead Club--"Rule #3: No Whining Allowed"--and he and his best friend, Evert, gleefully stir up trouble, enraging the home's humorless director and turning themselves into unlikely heroes. And when a sweet and sassy widow moves in next door, he polishes his shoes, grooms what's left of his hair, and determines to savor every ounce of joy in the time he has left, with hilarious and tender consequences.
A bestselling phenomenon that has captured imaginations around the world, The Secret Diary of Hendrik Groen is inspiring, charming, and laugh-out-loud funny with a deep and poignant core: a page-turning delight for readers of any age.