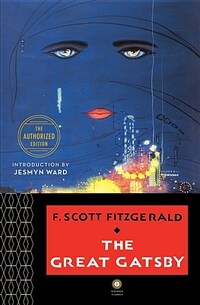 The exemplary novel of the Jazz Age, F. Scott Fitzgeralds' third book, The Great Gatsby (1925), stands as the supreme achievement of his career. T. S. Eliot read it three times and saw it as the "first step" American fiction had taken since Henry James; H. L. Mencken praised "the charm and beauty of the writing," as well as Fitzgerald's sharp social sense; and Thomas Wolfe hailed it as Fitzgerald's "best work" thus far. The story of the fabulously wealthy Jay Gatsby and his love for the beautiful Daisy Buchanan, of lavish parties on Long Island at a time when, The New York Times remarked, "gin was the national drink and sex the national obsession," it is an exquisitely crafted tale of America in the 1920s that resonates with the power of myth. A novel of lyrical beauty yet brutal realism, of magic, romance, and mysticism, The Great Gatsby is one of the great classics of twentieth-century literature.

This is the definitive, textually accurate edition of The Great Gatsby, edited by Matthew J. Bruccoli and authorized by the estate of F. Scott Fitzgerald. The first edition of The Great Gatsby contained many errors resulting from Fitzgerald's extensive revisions and a rushed production schedule, and subsequent editions introduced further departures from the author's intentions. This critical edition draws on the manuscript and surviving proofs of the novel, along with Fitzgerald's later revisions and corrections, to restore the text to its original form. It is The Great Gatsby as Fitzgerald intended it.