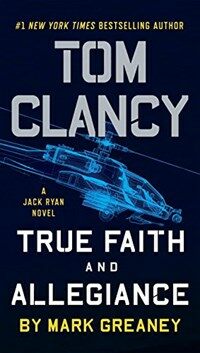 President Jack Ryan deals with the worst breach U.S. intelligence has ever suffered in this "compelling and frighteningly realistic"* thriller in Tom Clancy's #1 New York Times bestselling series. A massive data breach has compromised the personal information of millions of American military officers and intelligence agents. After several deadly attacks on off-duty personnel and their families, President Jack Ryan faces one of the greatest challenges of his career. Can he find the hackers and cap the flow of information before it's too late?