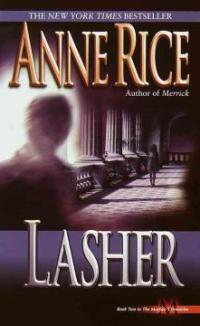 Barely escaping with her life from the hands of Lasher, an evil member of an ancient civilization, Rowan Mayfair gives birth to the beautiful Emeleth while Lasher tries to force the Mayfair women to help him repopulate the Taltos species. Reissue.

"SEDUCTIVE MAGIC...SPELLBINDING...Rice stages her scenes in a wide variety of times and locales, tapping deeply into the richest veins of mythology and history."
--San Francisco Chronicle
"STEAMY...FAST-PACED AND HUGELY ENGROSSING...Rice's title character--a seductive, evil, highly sexual and ultimately tragic creature--is fascinating."
--The Miami Herald
"BEHIND ALL THE VELVET DRAPES AND GOSSAMER WINDING SHEETS, THIS IS AN OLD-FASHIONED FAMILY SAGA....Rice's descriptive writing is so opulent it almost begs to be read by candlelight."
--The Washington Post Book World
"RICE SEES THINGS ON A GRAND SCALE...There is a wide-screen historical sweep to the tale as it moves from one generation of witches to the other."
--The Boston Globe
"EROTIC...EERIE...HORRIFYING...A tight tale of the occult in present-day New Orleans...Anne Rice is a spellbinding novelist.... LASHER quenches."
--Denver Post
A MAIN SELECTION OF THE LITERARY GUILD(c)

Rowan Mayfair, queen of a coven of witches, flees the compelling, irresistible Lasher, the demon father of her child