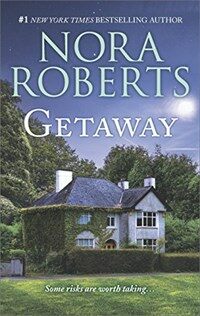 Matthew Bates has wanted Laurel Armand for years?though professionally she's his nemesis. With their dangerous attraction simmering just below the surface, Laurel and Matthew feed off their rivalry?until the two are thrown together to reinvestigate a murder case. Caught up in their jobs and each other, resistance doesn't stand a chance. Both are determined to get their story, but when Matthew and Laurel find themselves in the path of a deranged killer, love and life are on the line!?

THE ART OF DECEPTION?

When the handsome Adam Haines shows up at Kirby Fairchild's ancestral home looking for a quiet place to paint, she's more than skeptical. Yet as days and nights wear on, the attraction she feels for him builds, whether she wants it to or not. But when Adam begins to act suspiciously, Kirby must uncover his real purpose at her father's home before it's too late. Otherwise Kirby might be in danger?of falling hard for a stranger who is even more practiced in the art of deception than she is.?