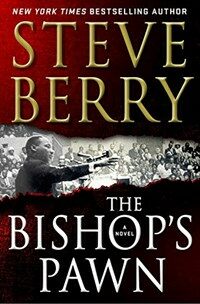 The ugly feud between J. Edgar Hoover and Martin Luther King, Jr., marked by years of illegal surveillance and the accumulation of secret files, ended in April 1968 when King was assassinated by James Earl Ray.

At least, that’s what history would have us believe.

It all turns on an incident from eighteen years ago, when Malone, as a young Navy lawyer, is trying to stay out of trouble. When Stephanie Nelle, a high-level government lawyer, enlists him to help investigate the FBI, he jumps at the opportunity. All he has to do is retrieve a stolen rare coin and some classified files before they fall into the wrong hands, and not ask too many questions.

But the Justice Department and the FBI are at war over a cadre of secret files containing explosive revelations about what happened on April 4, 1968, information that could ruin innocent lives and threaten the legacy of the civil rights movement’s greatest martyr. From the raucous bars of Mexico, to the halls of power in D.C., Malone’s decision to see it through to the end changes his life, and the course of history.

New York Times bestseller Steve Berry mines the riches of history to imagine a gripping, provocative thriller about an American icon, in time for the 50th anniversary of the assassination in April 2018.